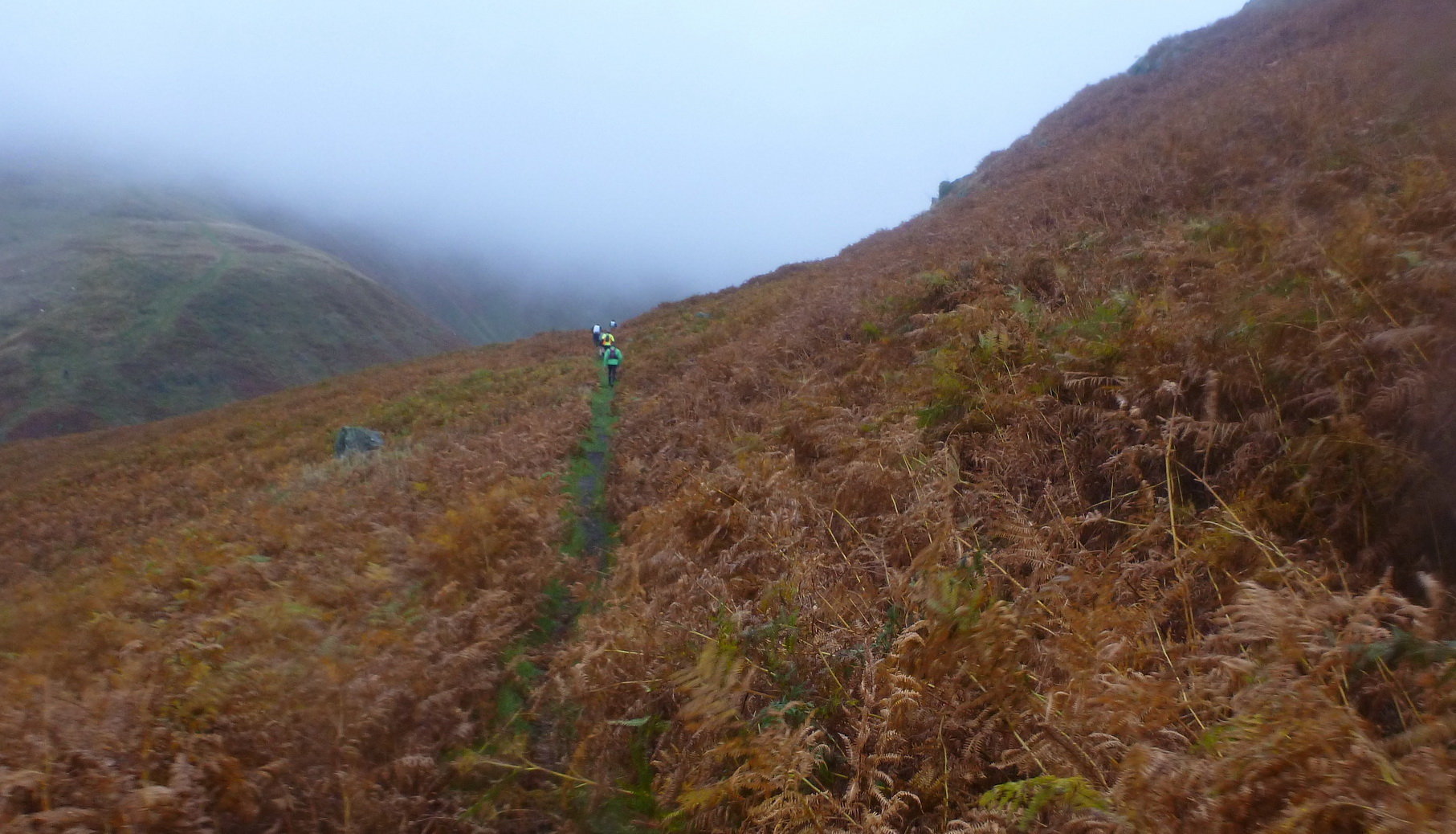 The 14.5km 850m (9 mile, 2800ft) ‘Run of the Mill’ hill race seemed like the perfect opportunity to revisit the Ochil Hills in central Scotland whose rolling grassy summits are remarkably similar to the Cheviots.  The diabolical weather forecast for the day didn’t deter the 95 runners who set off from Alva Glen in blustery and wet conditions.  After a steep climb out of Alva the race route followed a good track to Tillicoultry after which the route climbed steeply for a few hundred metres before reducing to a more steady climb up to the head of the Gannel Burn at about 500m.  So far the weather had been on our backs making reasonable running conditions.  From the top of the Gannel Burn the route took us straight into the weather making things a bit more interesting.  Visibility was poor on the tops but all of fences and tracks I remembered from years ago came in useful to keep me on track for Andrew Gannel Hill (670m) & Ben Cleuch (721m).  From Ben Cleuch the route took in a short climb up Ben Ever before the final downhill to Alva where the warm soup was very welcome.  Graham Gristwood (Mercia) won the race in a time of 1:10:59 whilst I staggered in just over an hour later!  I read from the results that fellow NFR, Alastair Paul also ran in the race finishing with a very respectable 1:48:15. Many thanks to the organisers for putting on this race and also to the marshals who sat through some pretty rough weather on the hilltops.