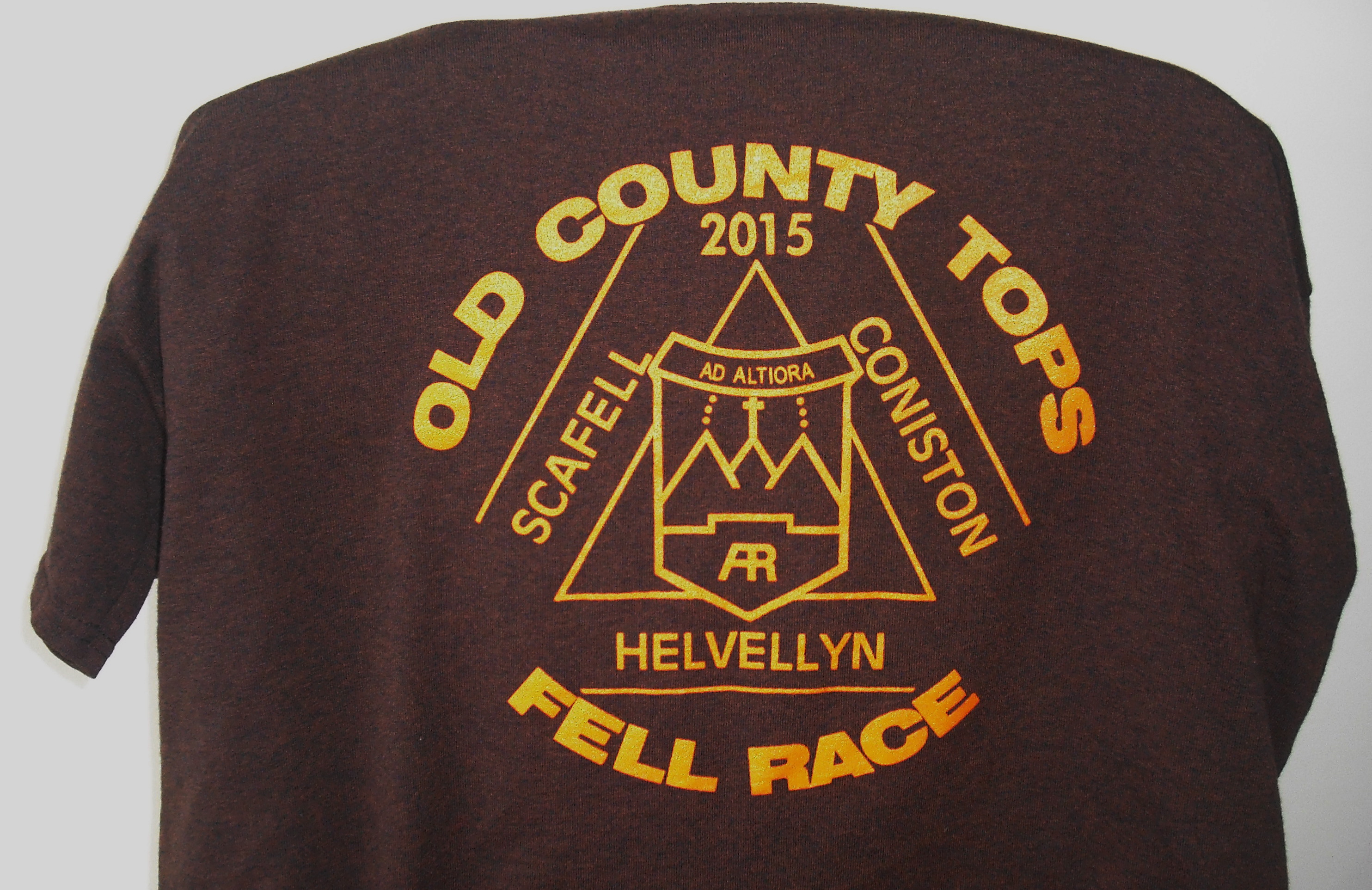 NFR was well represented at The Old County Tops Fell Race on Saturday 16th May.  This 37 mile epic packs in 10,000 feet of climbing, and takes in the highpoints of the old counties of Westmorland (Helvellyn), Cumberland (Scafell Pike) and Lancashire (Coniston Old Man).

It was a cold and breezy day for May, with a strong crosswind making it hard work on the Helvellyn and Coniston ridges.  But with high clouds, dry rocks and superb visibility, conditions were otherwise good for fellrunning.

This is a pairs event and I ran with Emma Bain.  I was in charge of navigation, while Emma led the way with the climbing and encouragement when I started to flag on some of the ascents.  We finished in 9 hours 22 minutes to claim our T-shirt.  Charlie Stead & partner were not far ahead; Paul Appleby and John Telfer came in after us.  The race was won by Martin Mikkelsen- Barron and Adam Perry.  Full results will appear on the Achille Ratti website.

At the finish, tea and soup went down a treat.  And when you’ve had your tea, there’s nothing like a beer or two to slake the raging fellrunner’s thirst.  The Appleby/Telfer team later reported that The Golden Rule in Ambleside provided the perfect venue for this.   I must give it a try myself some time….

This is a fantastic race, and was superbly organised as ever by The Achille Ratti Climbing Club to whom many thanks are due.  The event was run for a long time by Arthur Daniels who died early this year.  Arthur embodied the spirit of fellrunning and was honoured with a round of applause before the race.