A tremendous turnout for Brough Law: 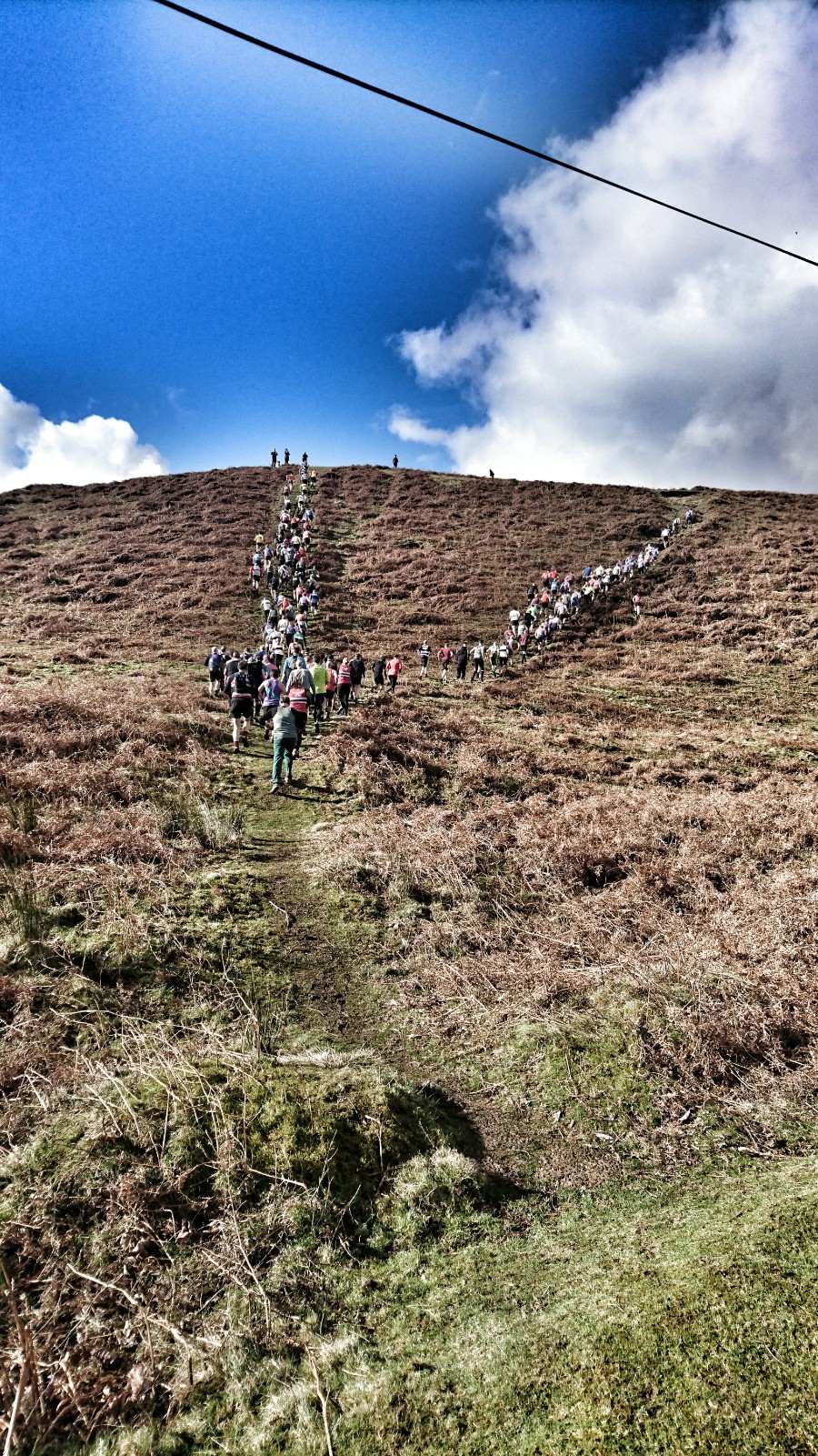 A staggering 167 runners turned out for the Brough Law fell race in the beautiful Breamish Valley today – twice the number from the previous year! They certainly brought the good weather with them as the conditions were perfect. Registration opened early and it was just as well as the queue built up steadily. This was the first counting race in the NFR championships as well as the North East Counties championships.

The runners were briefed and set off at 10am. It was a close finish between Chris Edis of Keswick, Andy Berry of DFR and Colin Donnelly of Cambuslang with Edis coming through the victor. The leading times were slower than expected due to a flag being missed, throwing the leaders off course with the chasing pack following.

Many thanks to all who competed and supported. In particular Mike Steven and Jane Briggs for their help at registration and with the results. Proceeds to Northumberland Mountain Rescue. Thanks must also go out to Ross Wilson for his support and to the Northumberland National Park for the use of their facilities.

Despite the navigation issue it was a thoroughly enjoyable day in the Northumberland hills. Chip timing next year, perhaps!

See you next year.