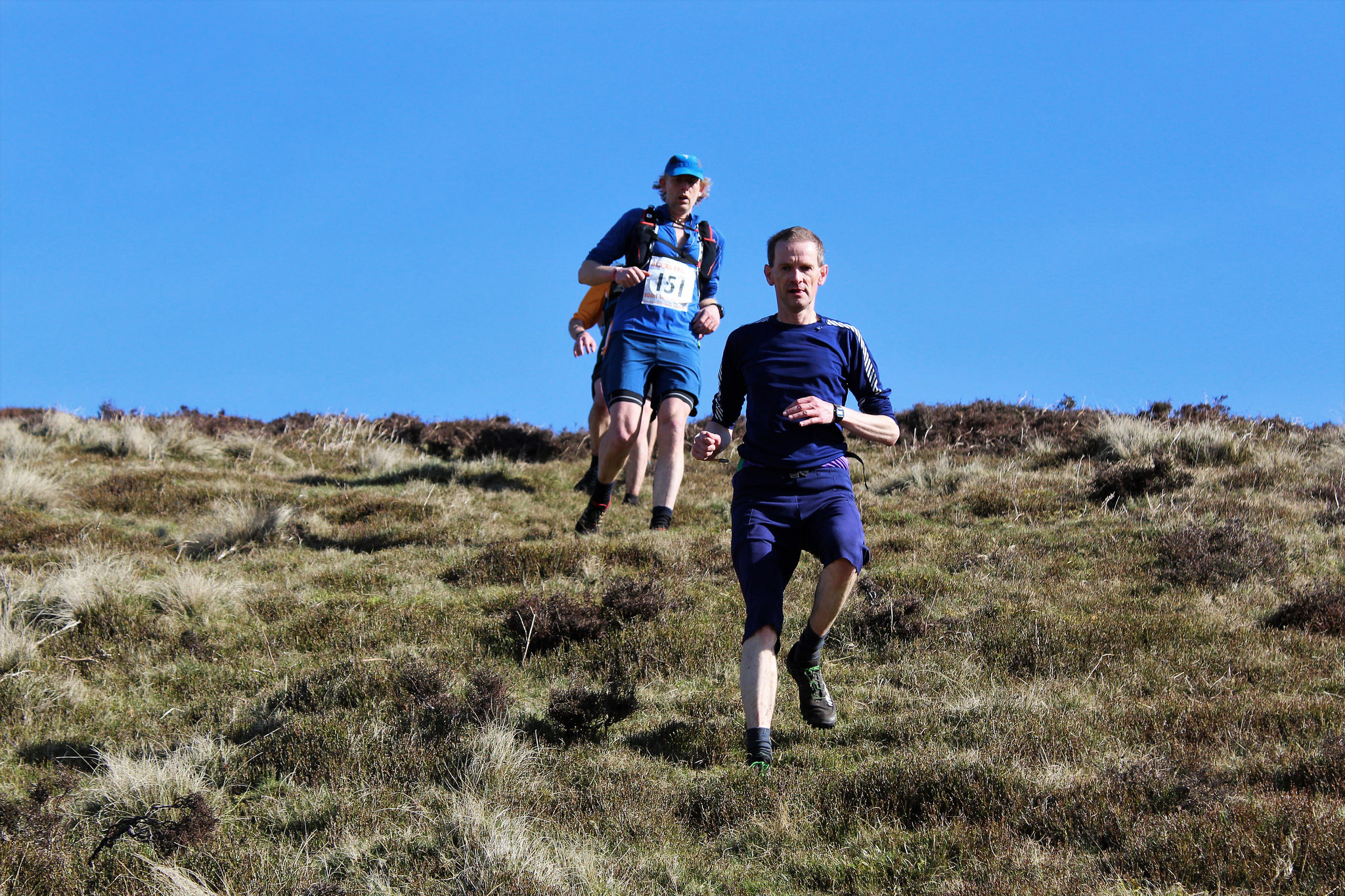 I ran the Edale Skyline on Sunday.  This AL early season classic has been on my ‘to do’ list for a while.  At 21 miles and 4,500 feet of climbing, it’s a toughie.   Conditions were nigh on perfect – blue skies, a cooling breeze, and dry underfoot.    There was a large field, including a few brave souls who had run the English Championships race the day before (Darren Fishwick was among this number – no surprise there).

The race follows a clockwise route around the skyline of Edale in the Peak District.   The route had been varied this year.  With flagstones making the crossing of Brown Knoll easier, an extra climb had been thrown in through the woods up to Win Hill. 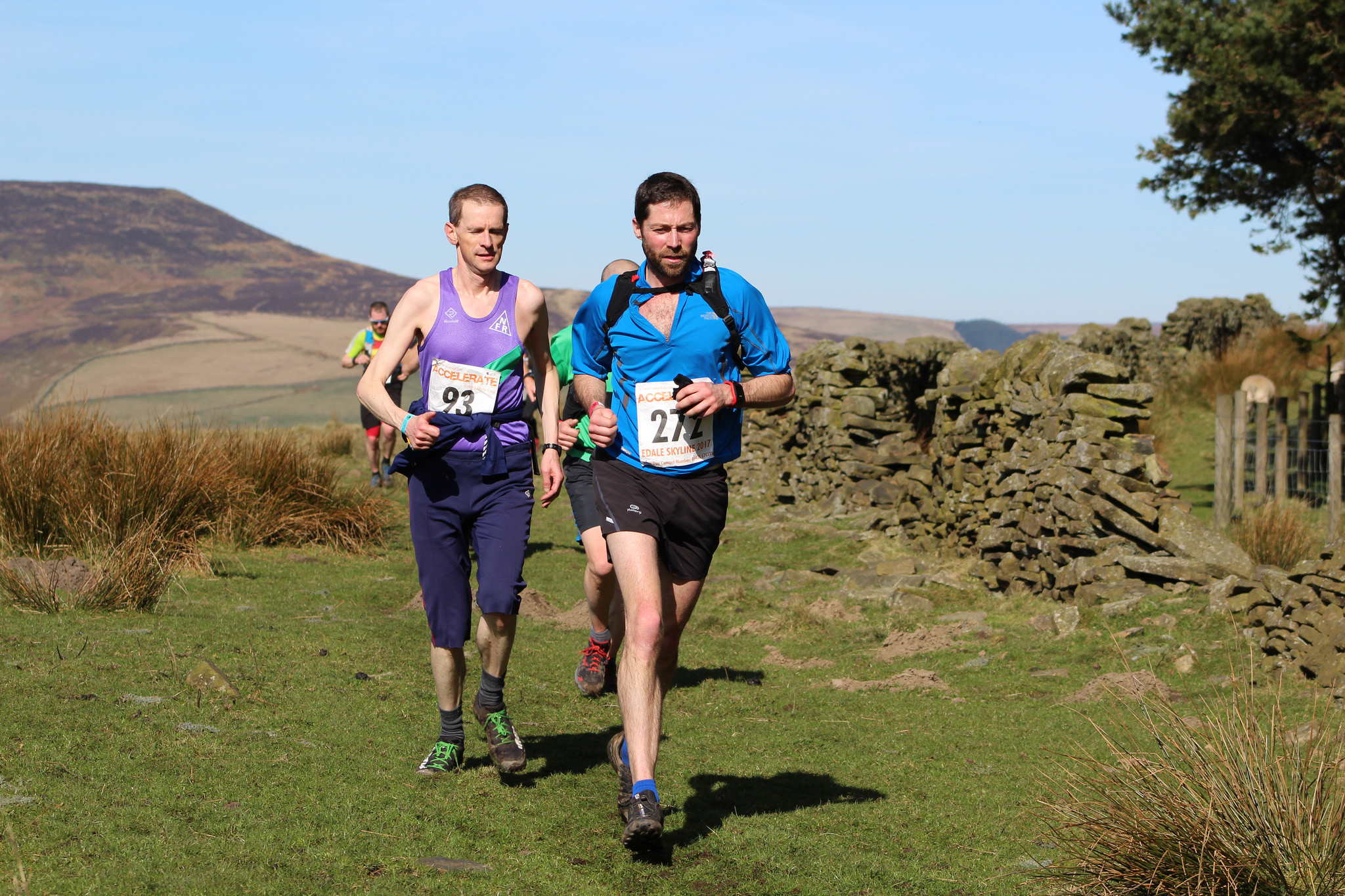 I took it steady on the first half up to the Mam Nick road crossing, then reeled in a few places towards the end.  The last few miles were into the easterly breeze along the edge of Kinder, and distinctly hard work.  I ran a lot of the way in company with Simon from Steel City Striders (a Sheffield-based club) who knew the route.  He got ahead of me on the final descent from Ringing Roger – I was happy just to cross the line in one piece.

I finished 67th out of about 290 runners in 3 hours 48 minutes.    Afterwards in the village hall, the pie and peas went down a treat.    All of which was a grand way to work up the raging fellrunner’s thirst – which I duly slaked with a fine pint or two of Peak District ale in the evening.  Our secretary, of course, would expect nothing less.

Many thanks to the Dark Peak team who put on this excellent race.