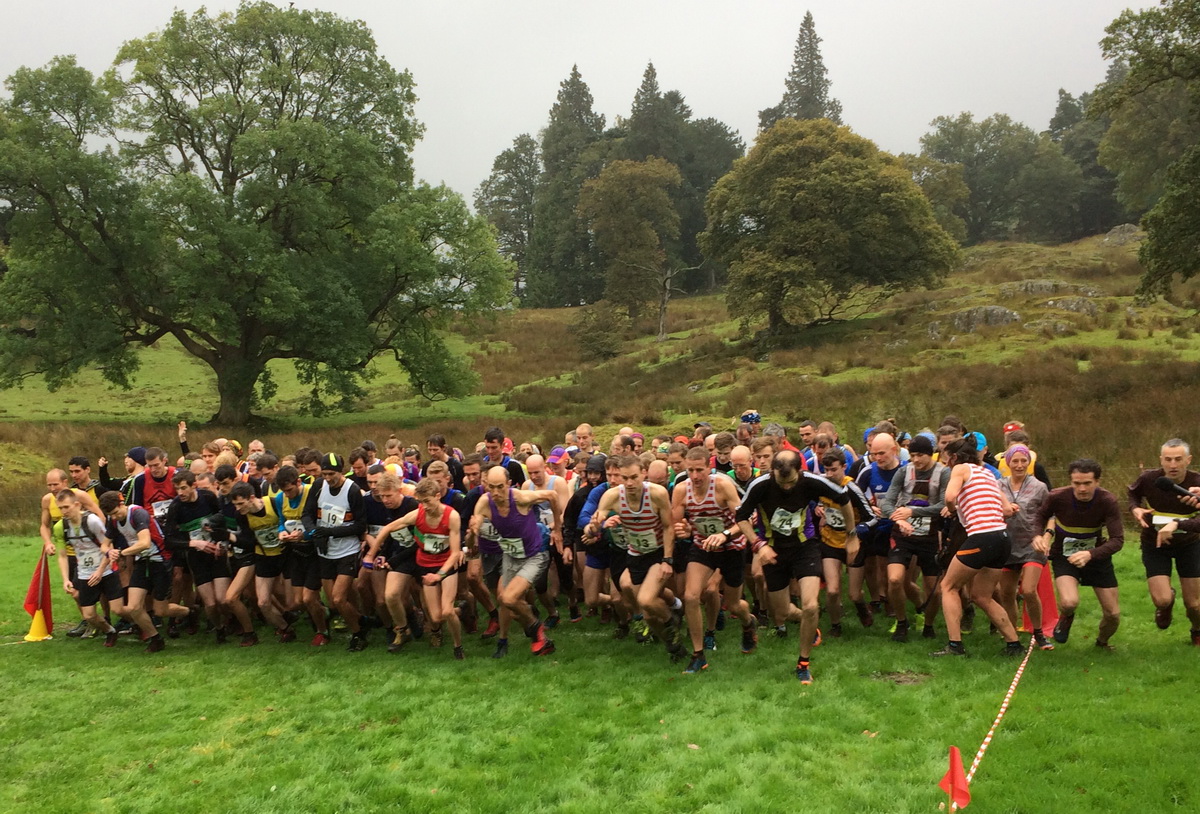 Poor weather conditions meant this year’s Hodgson Relay was over a shortened route.   It was essentially an out and back course from Patterdale to Kirkstone via Hartsop.  The high tops of High Street to the east and all the western route over Red Screes and Fairfield were omitted.   This was due to forecast low cloud, rain, and high winds.

NFR ran well with no mishaps or poor route choices.    John Tollitt and Matthew Briggs ran leg 1 from Patterdale to Hartsop via Angle Tarn.  There was a mere 38 years age difference, and they were soon handing over to Roger Sillito and Scott Gibson for leg 2.  Scott’s local knowledge was rewarded when they hit Caudale Moor Tarn spot on when others went walk-about.

Kirkstone Pass was a cloudy and dreich affair with runners appearing out of the mist without warning.   Mark Clarkson and Andy Higgins took over the baton for leg 3.  Despite no prior recce, they ran superbly and were soon running back into Hartsop having made up several places.  Steph Scott & I took over for the last leg back via Angle Tarn.    Even this leg was firmly in the clag.  As we emerged from the mist at Boredale Hause, the finish PA system was sounding eerily over the valley.

NFR finished 32nd overall.   Many thanks are due to the organisers/marshals for their sterling work  in putting the relay on in difficult conditions.   Also thanks to Jane & Mike Briggs who provided support and invaluable transport on the day when parking was difficult.

The Borrowdale hegemony has now been well and truly broken.  This year the relay was won by Keswick AC.  Their team included Chris Edis who ran for the north-east in the inter-counties, and Carl Bell.  One of Carl’s early races was at Lakeland Country Fair – click here if you want a walk down memory lane to see some youthful NFR faces – and he is now British Champion.  The ladies’ race was won by Ambleside.