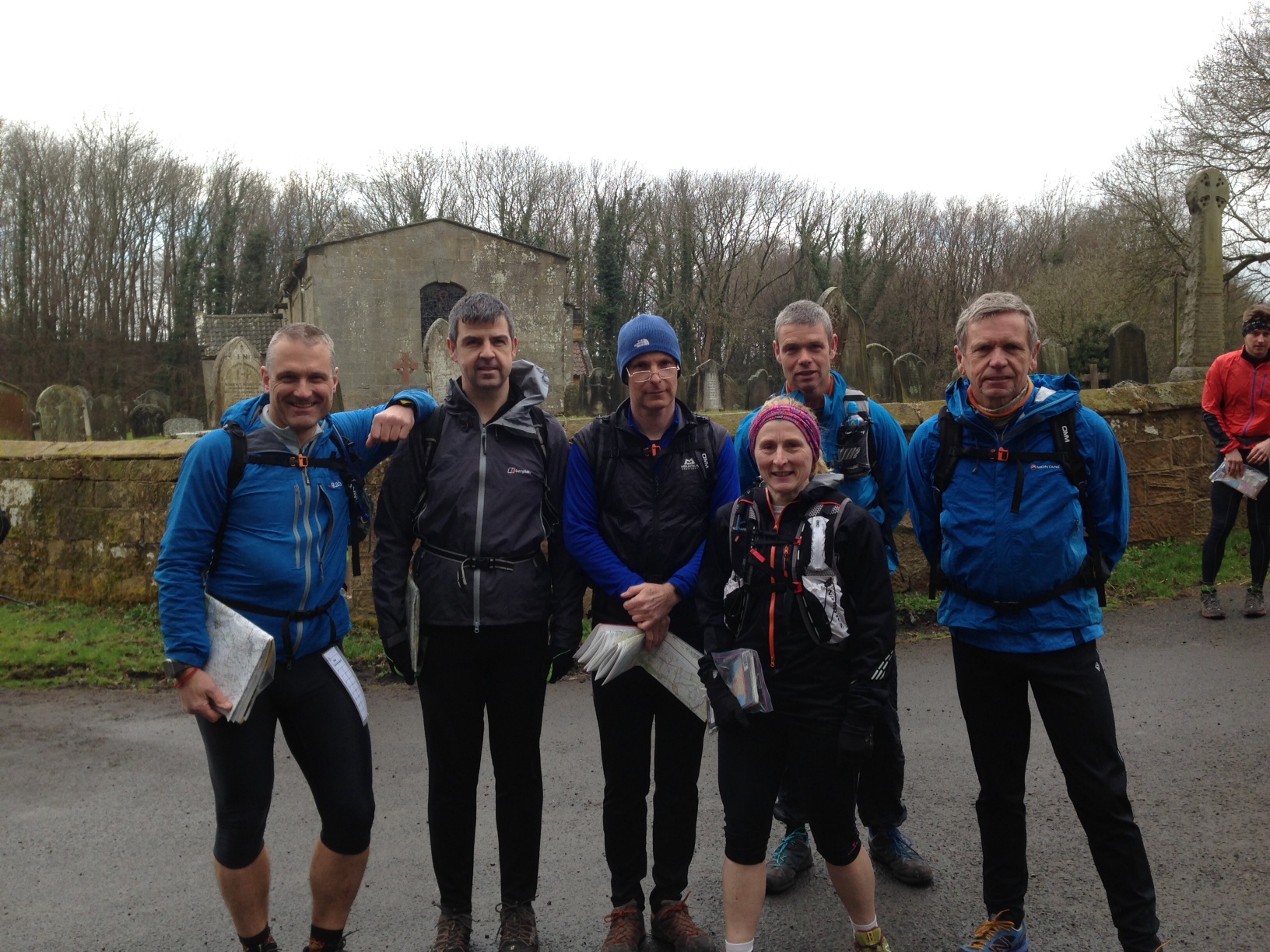 11 folk from NFR ventured down to the North Yorkshire Moors for the first race in the club championship.   The Cleveland Survival lived up to its name – with 26 miles of undulating running up and down dale.  With 2 hours of rain and a strong wind, most of the field were wearing waterproofs throughout.

The event was held at Ingleby Greenhow, which is south-east of Stokesley.  The route was roughly an anticlockwise circle, taking in Bransdale and Farndale.  One of the toughest sections was towards the end along the old railway line to Bloworth Crossing – straight into the teeth of the westerly wind.  Some folks obviously thought the event was not tough enough, as they opted for the odd extra mile or two due to overlooking checkpoints.  Old Cheviot was an early leader in the extra miles group, while others favoured the last checkpoint as a popular one to go back for.

But despite all this, a good time was most definitely had by all.  Mark Clarkson and Frank Shillitoe vied for the lead honours, with Frank narrowly winning the day.   Mark Smith and Paul Hainsworth both had solid runs.  Steph Scott, Peter Hayle, Allon Welsh, and Peter Reed ran round together as a cheery group.  Emma Bain paced Old Cheviot when he started to flag on the old railway line.  Paul Appleby was also there.

Afterwards in the village hall, tea and a hot meal were much appreciated.  This was a most enjoyable event and a worthy addition to the championship.  Many thanks are due to Cleveland Mountain Rescue for putting on this excellent event, and to Frank & Paul for selecting it as the first race in the championship.  Roll on the forthcoming championship races!