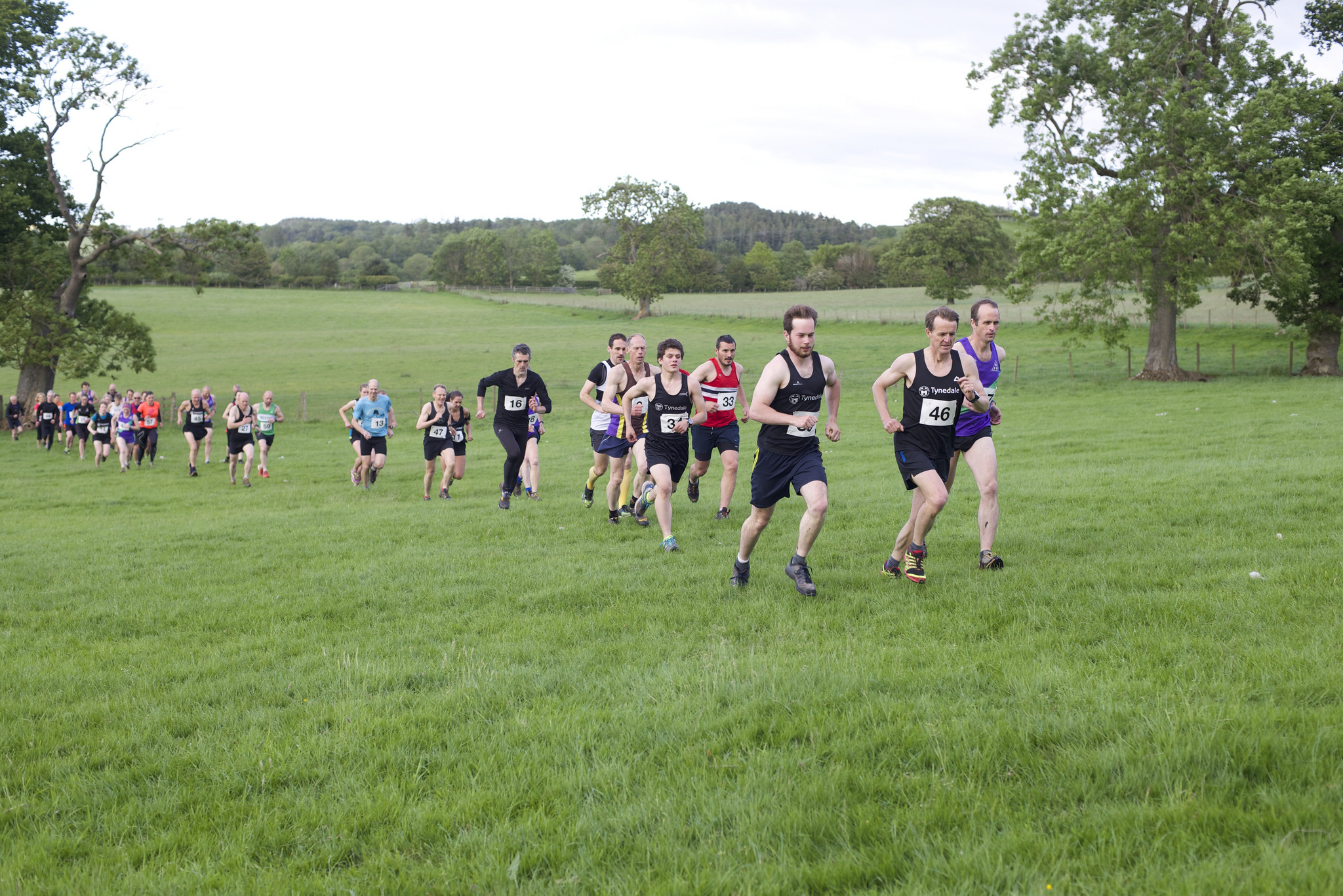 at the start – photo: Marcus Byron

“Harry Coates of Wallsend absolutely flew round and smashed Will Horsley’s course record by three minutes. Karen beat her own record from 2012. Conditions firmer/drier under foot helped, but even so Harry’s time will take some beating. Marshalls on course said they could believe how quickly he was going.

Quality at front of field very good, poss with race being in NE Hill Running Champs. Top 5 times would all have won race in first two years, and first three all broke previous record.” – Marcus