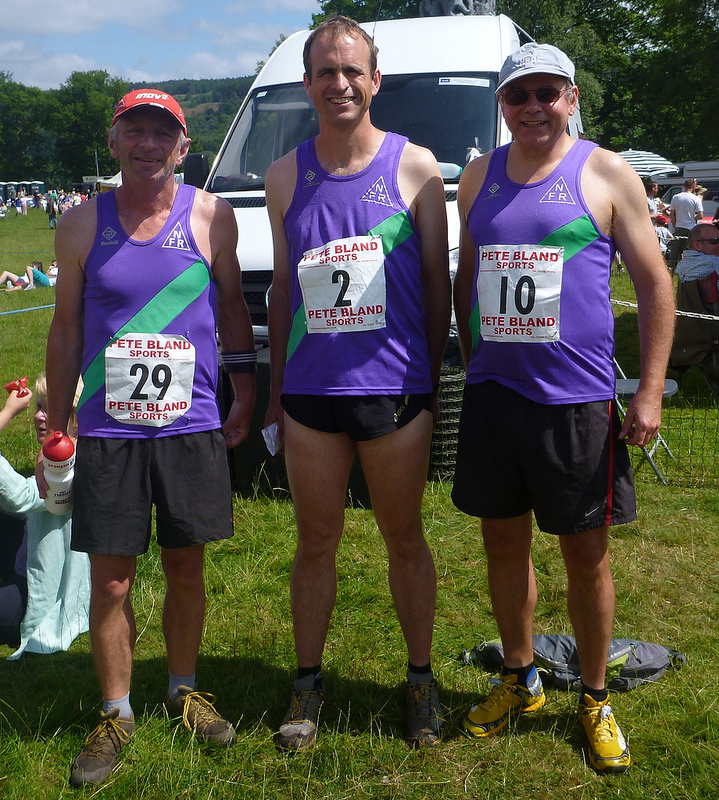 John Tollitt, Frank Shillitoe and myself enjoyed a great afternoon out at the Coniston Country Fair Fell race yesterday.  Bright sunshine made for warm running conditions for the 49 runners up to the top of the Old Man of Coniston and back.  Mercifully some cloud cover helped prevent overheating on the 2400ft climb. Routefinding was not too much of a problem although I did have to make an adjustment on the descent to avoid a large quarry. John, fresh from the Snowdon race the previous day, managed to find his own route off the Old Man involving running through a few back gardens! The race was won by Jim Davies of Borrowdale (56:27). Frank was first home for NFR in 13th place (1:07:35), followed by John in 27th place (1:17:00) and myself in 43rd place (1:32:56). 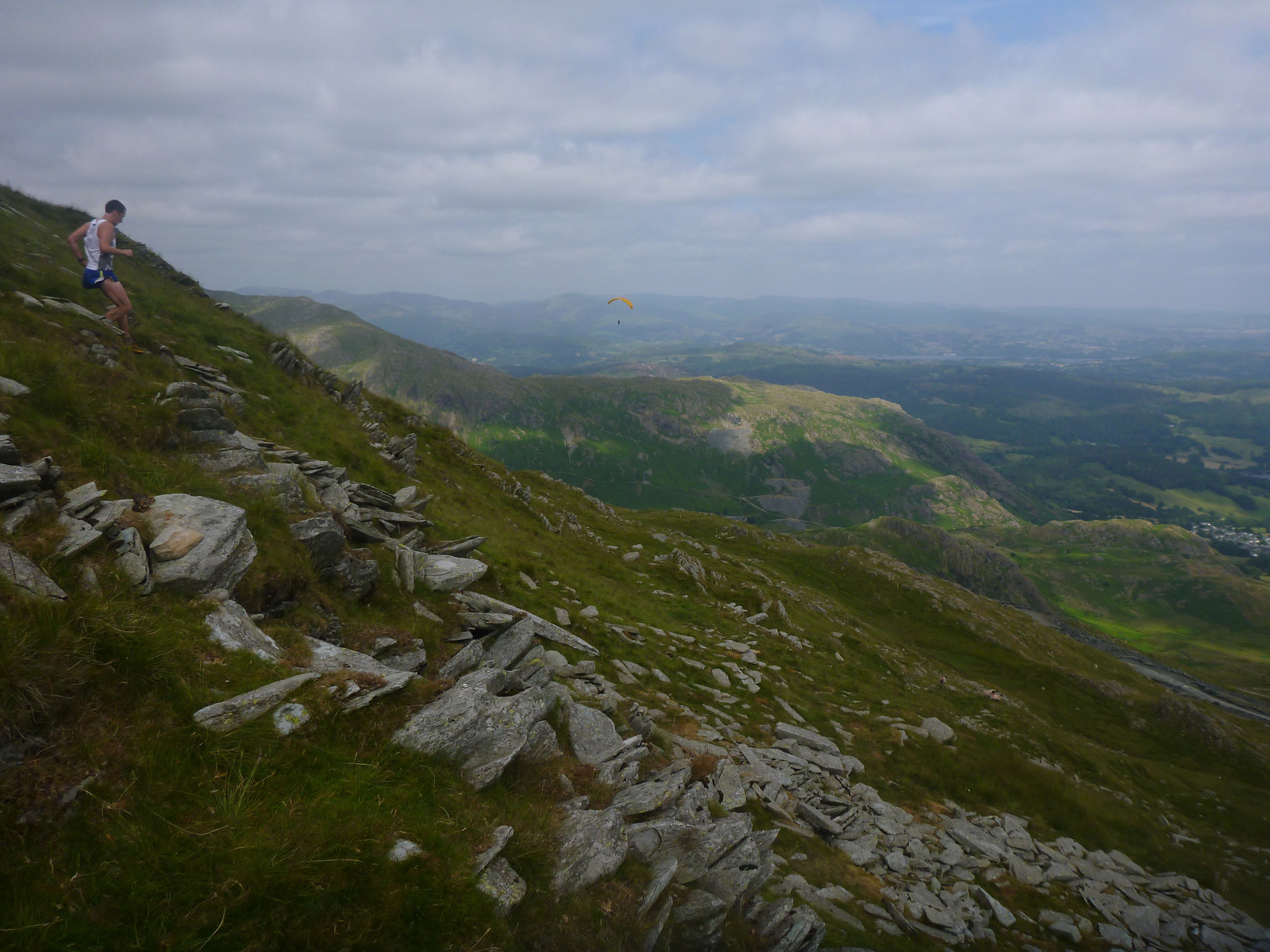